IMDb: N/A 2021 128 min 13 views
A mysterious woman recruits bank teller Ludwig Dieter to lead a group of aspiring thieves on a top-secret heist during the early stages of the ...
ActionAdventureCrimeThriller 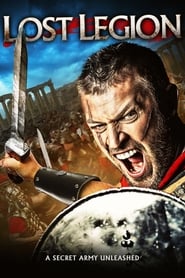 IMDb: 3 2014 107 min 3 views
Following the fall of the Roman Empire, a Roman woman plots to make her son the new Emperor and to fulfill the former glory of the city.
ActionAdventureHistory